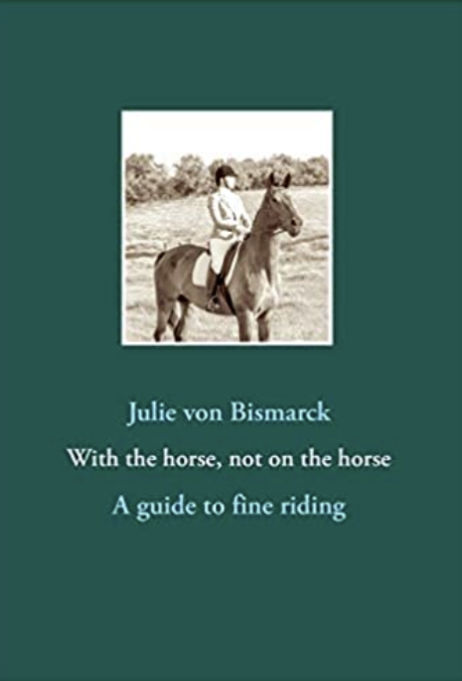 „With the horse, not on the horse“

Better and finer riding – isn’t that what we all want? And why do we so often fail? In this book, Julie von Bismarck summarises what really matters when it comes to riding: listening and communicating. Drawing on examples from her own life as a rider and her work as an international equine osteopath, she clearly and convincingly explains the role played by the rider’s thoughts and the horse’s nature. With a series of fun and clearly explained exercises, some of them handed down from her grandmother, and useful visual descriptions of the rider’s influence, Julie provides every rider with an excellent basis for learning to communicate with the horse rather than seeking to control it – and in the process becoming a fine rider.

Julie von Bismarck is a seasoned rider, equine osteopath, acupuncturist and best-selling author. She is a long-standing campaigner for a rethink in the riding world, a return to old values, and for horse welfare.